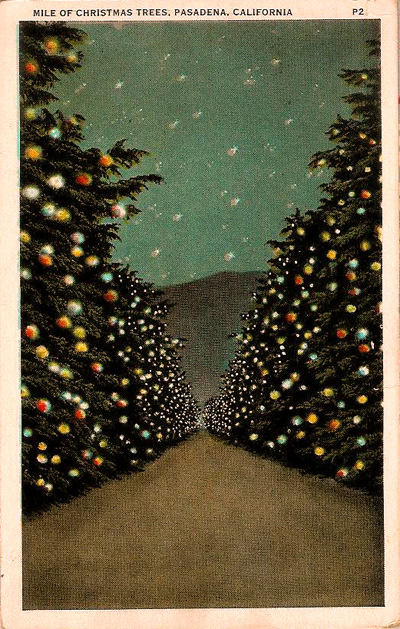 It started in 1920, the tradition of lighting the twin row of giant Himalayan Deodars along Santa Rosa Avenue. Santa Rosa Avenue in the foothill community of Altadena, near Pasadena. Originally the lighting ceremony was held on December 24. The lights stayed on each evening until 10pm through January 2 and attracted thousands of visitors from all over Los Angeles. 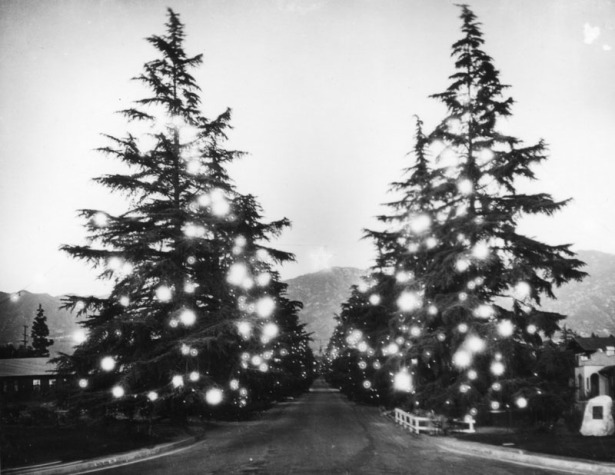 The trees came from John Woodbury, one of the founders of Altadena, whose brother, Frederick, had a ranch in the vicinity. As of December 1926 they’d grown to 80 feet high with a 30-40 foot spread. 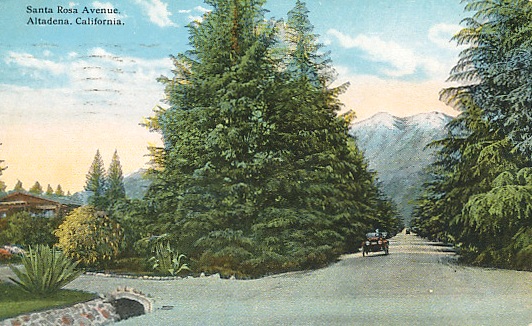 The 1926 display featured 76 decorated trees (up from 64 the previous season), with 5000 colored lights (1000 more than 1925). Pasadena’s Municipal Light & Power Dept. supplied and installed the strings of lights; Southern California Edison supplied the electricity.

It was called “The Mile of Christmas Trees” at the time. Sometime after WWII people began referring to it as “Christmas Tree Lane” and the name stuck. The tradition continues today with up to 150 lighted trees.