Formerly the Colonial Drive-In, the Marquis, with its continental cuisine, offered upscale dining on the Sunset Strip by 1939. The top image also shows the Spanish-style 1927 Alta Mira apartments next door (8228 Sunset).

The restaurant was remodeled in a French-Norman style in 1953 on the same footprint, reopening September 15. In 1964 it was enlarged by architect Edward Farrell. 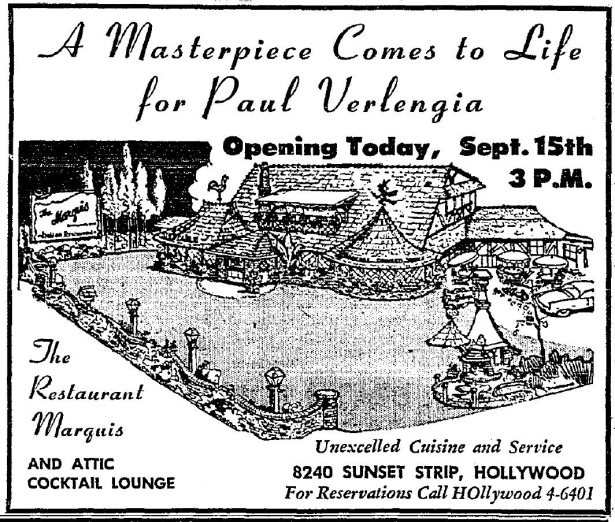 The Marquis reopening-9-15-1953. Owner Paul Verlengia later had the Lighted Tree restaurant on the Strip. 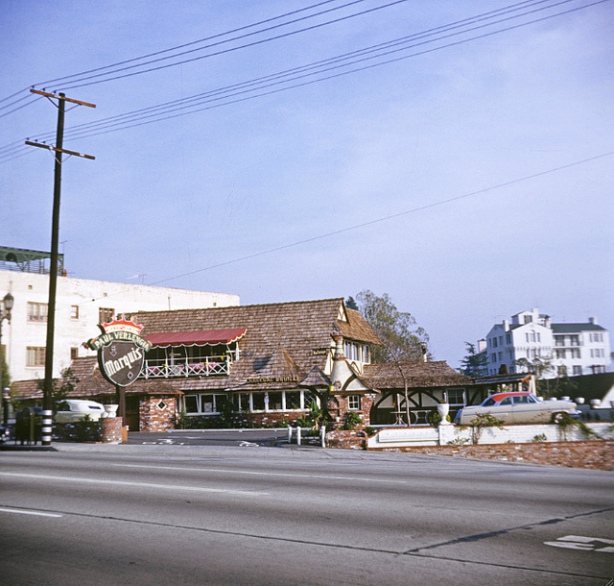