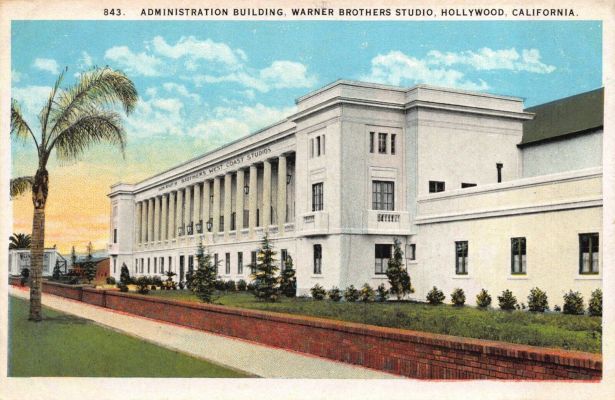 In February 1919, Niles. California-based F.S. Reed announced that his new company, the Bonnie-Reed Film Manufacturing Company, was relocating to Hollywood and was to begin construction at once on a $3 million studio on a parcel front Sunset Boulevard between Bronson Avenue and Wilton Place, in the Beesemyer Tract. Citizens living in the vicinity lobbied the Public Welfare Committee to protest the inclusion of the property in the “Motion Picture Zone.”

In November 1920, the LA Herald reported that Warner Brothers were planning a $25,000 studio. That same month, the company applied to the City for a permit to build a 140’x140′ building at 5842 Sunset. Construction of other buildings followed.

The New York-based brothers Warner- Harry, Albert, Sam and Jack– had established a West Coast presence in Hollywood by 1917, producing films out of various rented space at other studios, such as the William Horsley film laboratories at 6050 Sunset Boulevard, the Gordon Street Studio at Sunset and Gordon, and in Culver City. 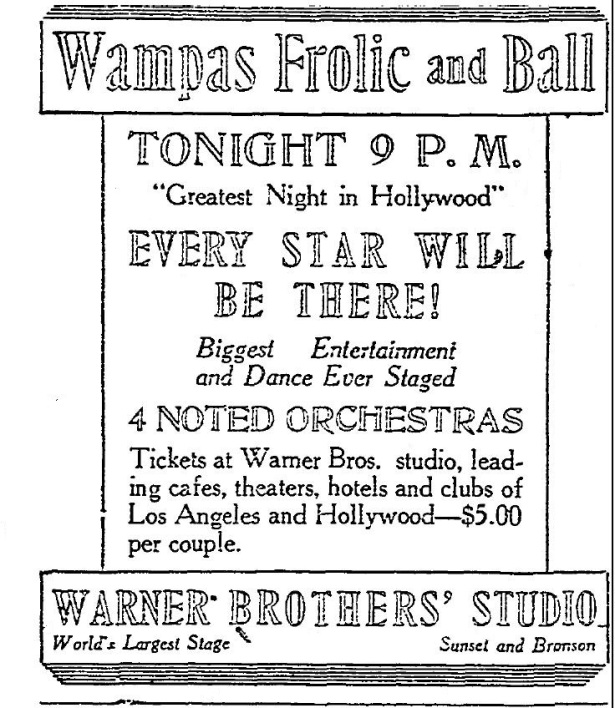 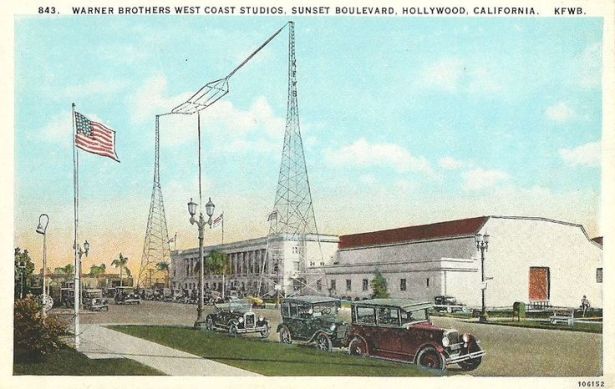 In August 1927, Warner Brothers acquired the Vitaphone sound film system and in November 1928, the LA Times reported that Warners was expanding its Sunset studio with soundstages and a central recording plant to cost an estimate $2 million dollars. 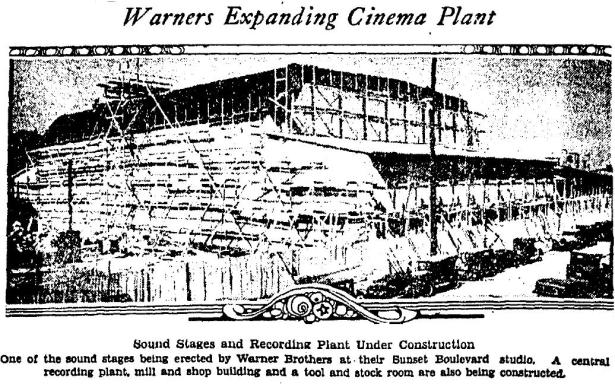 In September 1928, Warner Brothers took control of First National Pictures, which had studios in Burbank. In January 1931, local papers reported that Warner Brothers-First National were completing the first phases of new construction and remodeling at the Burbank plant and were moving the executive offices and writing staff out of the Sunset studio out to Burbank. The original Sunset plant would still be used until 1937, when its remaining film operations were moved out.

Warners retained control of the enormous property, however, and in the fall of 1937 began converting it for use as a sports center. In his November 28 1937, Town Called Hollywood column, LA TImes film critic Philip K. Scheuer lamented that the famous Studio One, where many of the first talking pictures were made, now housed a badminton court.

The facility also included a roller skating rink, the Hollywood Roller Bowl (also spelled Rollerbowl), often addressed as 1452 North Bronson. It was managed by early Hollywood showman Sid Grauman, whose movie theaters like the Million Dollar in downtown Los Angeles and the Egyptian and Chinese theaters in Hollywood had been the scene of lavish premeires and live-on-stage film prologues. Grauman’s plan was to hold occasional live performances and ordinary patrons could perhaps “skate with the stars.” The Roller Bowl’s star-studded grand opening, held on April 6, 1938, featured Tyrone Power and Ann Shirley. Note that despite the word “bowl” in the name, this was only a skating rink; a bowling alley would come later (see below). Music, provided by two organs, could also be heard over KFWB. Grauman continued to manage the Hollywood Roller Bowl until his death on March 5, 1950. Sam Schaeffer, a transplanted Chicago rink operator, took over the lease in December 1950.

Warners continued to expand the recreational use of the property and in April 1939 announced the studio’s head art director, Bert Teitelbaum, was designing the world’s largest bowling alley in the block-long 325’x160′ main building. It would include 52 lanes, a cafe and cocktail lounge/bar. The grand opening of the Sunset Bowling Center on May 29, 1939 was likewise attended by celebs, most notably avid bowler Harold Lloyd.

The Hollywood Roller Bowl and the Sunset Bowling Center lasted until Spring 1954, when the buildings they were housed in were sold to Paramount’s television station, KTLA. In March 1955, Paramount began razing the older buildings on the back lot, including the famous Studio 1 that had housed the badminton courts and Hollywood Roller Bowl, to build KTLA’s new studio. The classical style building fronting Sunset was not demolished.