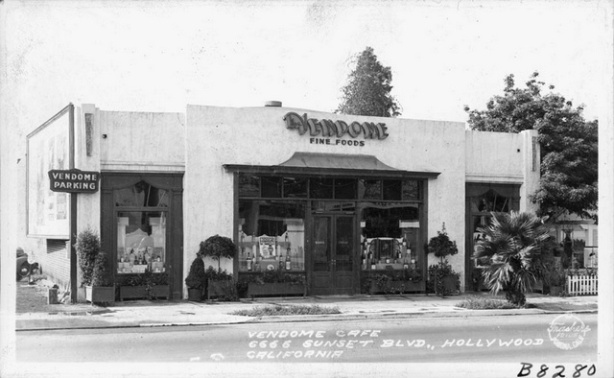 6666 Sunset Boulevard, located on the south side of Sunsent between Cherokee and Las Palmas, this building was constructed in 1929 to house the new Hollywood home of W.M. Bush DeSoto.

Research of the property is complicated by the fact that the building next door at the southeast corner of Cherokee and Sunset was previously addressed as 6666 Sunset Boulevard and this building was known as 6680 Sunset.

As 6680, this property was the Warren C. Campbelle residence in the 1910s, a 10-room house set among pepper and ecalyptus trees. 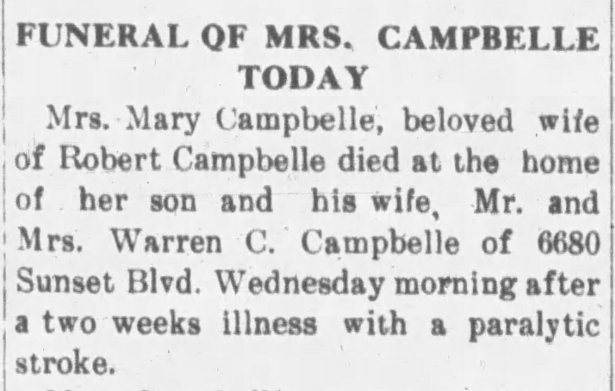 In 1922, Charles H. Christie of the Christie Film Studio, bought the Campbelle property. The Christie studio was down the street to the west at 6121 Sunset, later demolished for the new West Coast home of CBS. Both Charles and his brother Al Christie lived at this address. Charles Christie later became involved in real estate. 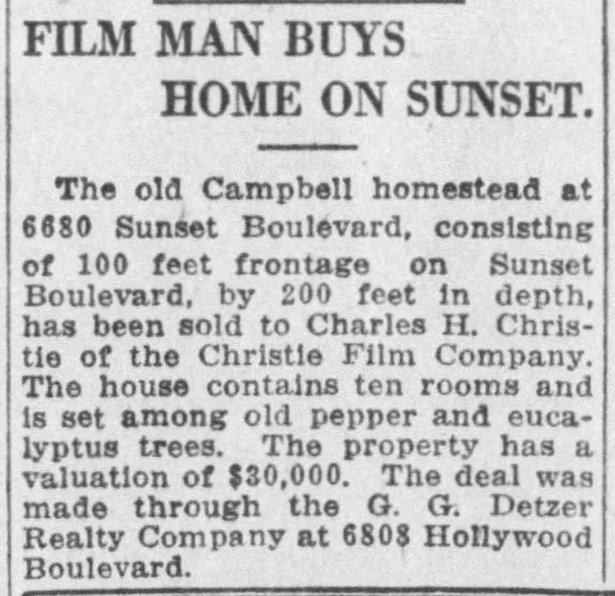 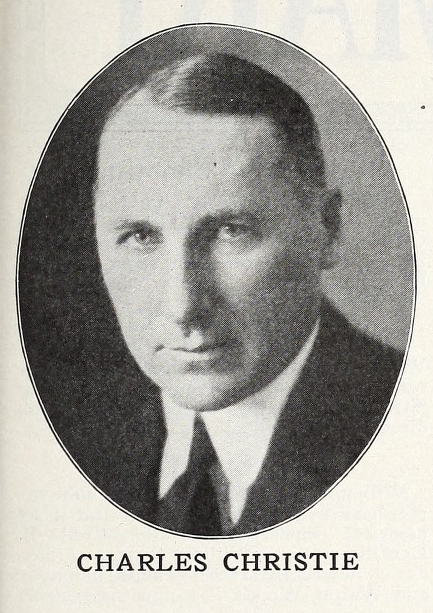 In April 1928, the building was demolished.

In September 1929, the LA TImes reported that architects Parkinson and Parkinson were building an auto showroom for Donald Longyear at 6666 Sunset Boulevard. That project was actually the Packard dealership at the southeast corner of Cherokee and Sunset that opened in 1930 as 6660 Sunset.

In October 1929, William E. Bush, De Soto distributor for Southern California, leased the now building-less former Campbelle property from Al and Charles Christie. He planned to build a showroom for his new Hollywood home, to be designed by architect Kenneth Albright. It was to feature a large showroom window, to display a single motor car. Doors to either side of it led to the service department and the showroom floor.

Bush had his grand opening on November 23, 1929, featuring what he called an “animated showroom window.” 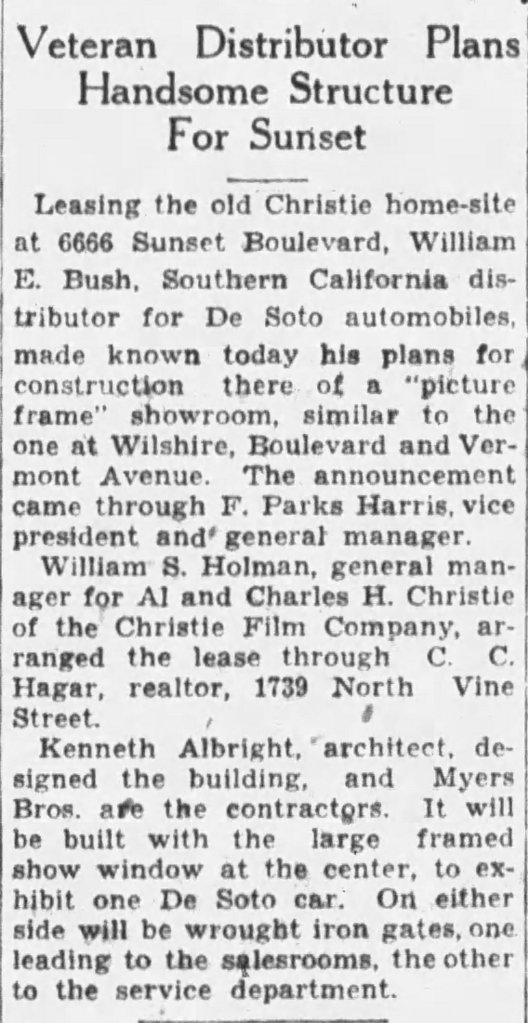 The “old Christie homesite.” Old being a relative term in Hollywood. The Christies bought it in 1922. 10/12/1929. Hollywood Daily Citizen. 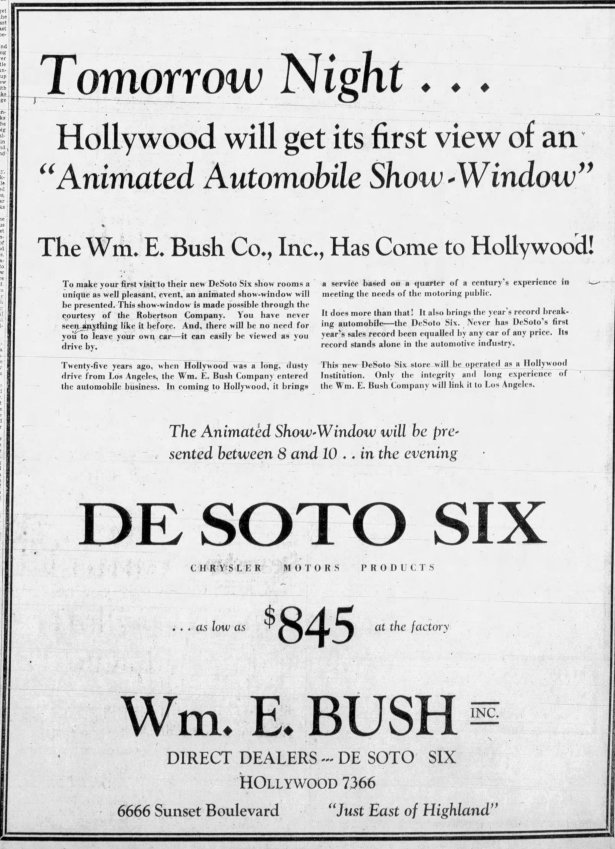 The timing could not have been worse. After little more than a year at this location, in January 1931, Bush was selling his lease, advertising the building as suitable for automotive use, a restaurant, or retail shop. 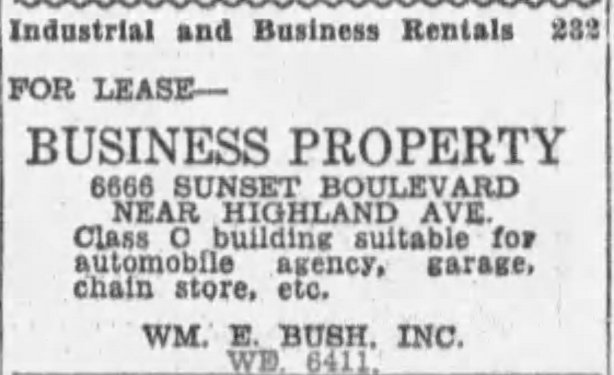 It was in April 1933, newcomer Billy Wilkerson, leased the property and began converting it into a deli/restaurant. Wilkerson was publisher of the new trade journal Hollywood Reporter, with offices across the street at 6717 Sunset just west of Las Palmas. The deli/cafe, to be called Vendome, would offer dining service as well as gormet grocery items imported primarily from Fortnum & Mason “F&M”) in London. 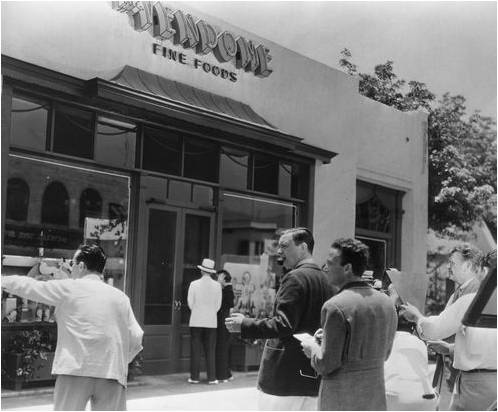 Vendome c. 1936- detail of the former “animated showroom window.” The doors on either side had originally led to the showroom floor and the service department.

As publisher of the Hollywood Reporter, Wilkerson could use its pages to advertise the new veture. The Vendome opened May 8. 1933. 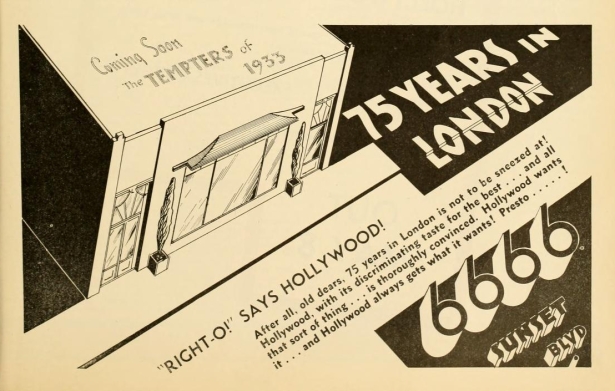 The following year, in September 1934, Wilkerson opened the Cafe Trocadero at 8610 Sunset, on what would be the Sunset Strip.

In November 1938, Wilkerson sold both Vendome and Cafe Trocadero and went on to open Ciro’s on the Strip at 8433 Sunset. Vendome’s fixtures and equipment were offered for sale at auction. 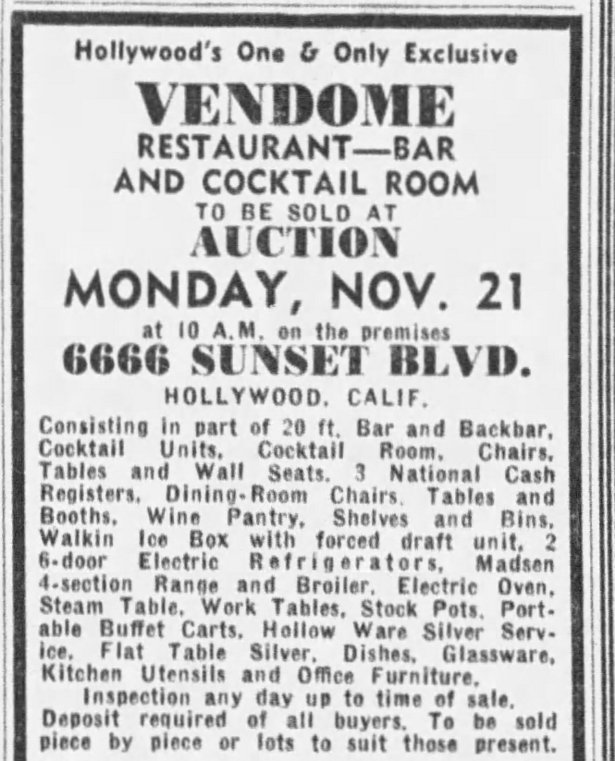 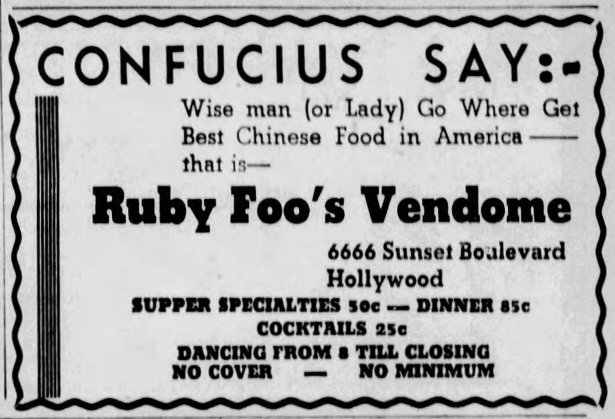 On December 30, 1940, 6666 Sunset opened as The Haymarket,” an 1890s-themed nightclub/restaurant, riding the wave of a mini-vogue for the Gay 90s. It lasted a month. The property sat mostly vacant. 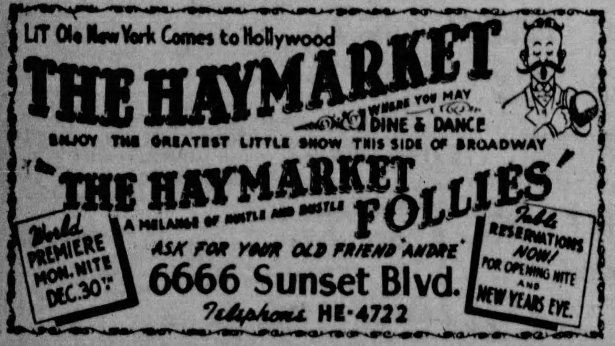 In 1946, Howard Buick next door at 6660 Sunset (formerly Longyear Packard) converted the building back to its original automotive use, and it served as an auxiliary sales office. 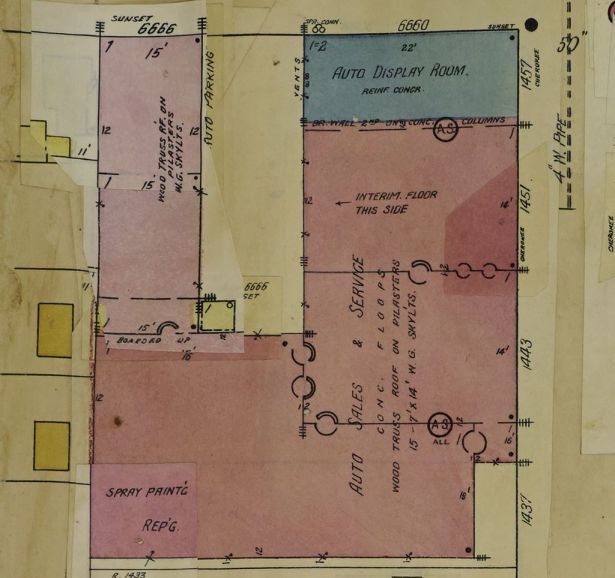 Detail from the 1950 Sanborn Fire Insurance Company map for Los Angeles County showing 6666 as part of the Buick complex. LOC.

In 1964, the Buick dealership (by then Phil Hall Buick) vacated this location. 6660 became a retail store. In September 1964, 6666 was to become a motorcycle rental outlet. The same month, a permit was obtained to demolish the building. It’s not clear that it was acted on. In January 1969, Bernie Hamilton applied for a permit to open a restaurant at 6666 Sunset and his place, the Citadel ‘d Haiti, did operate at that address for a time.