The Ye Bull Penn Inn restaurant had several homes but in 1926 it was here- at 633 S. Hope Street, where it had been serving fish, chicken and charbroiled steaks in a rustic, masculine setting since 1920. 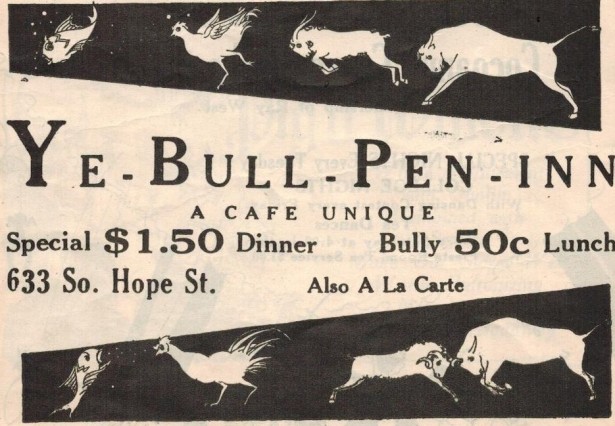 In March 1927 DeLong held the groundbreaking for his newest venture, the Mayflower Hotel at 533 S. Grand Avenue across from the new public library. When the hotel, designed by architect C.F. Whittlesey, opened in December 1927, DeLong moved the Ye Bull Pen into its ground floor along with another restaurant, the Mayflower Tavern. In May 1932 DeLong filed for bankruptcy. 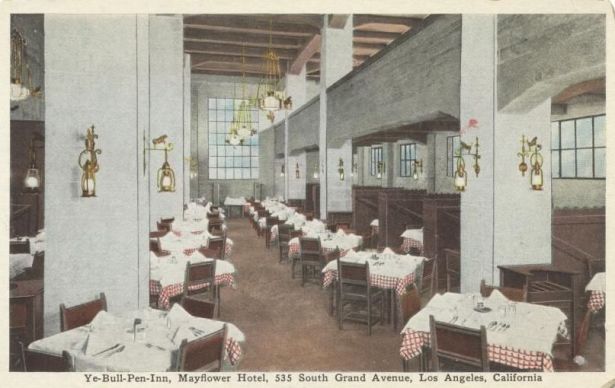 But the Ye Bull Pen Inn lived on. With son John, DeLong opened the restaurant at various location starting in August 1932 at 8204 Beverly Blvd. (later the Hula Hut). 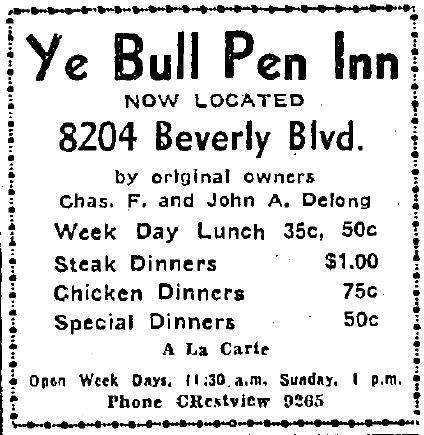 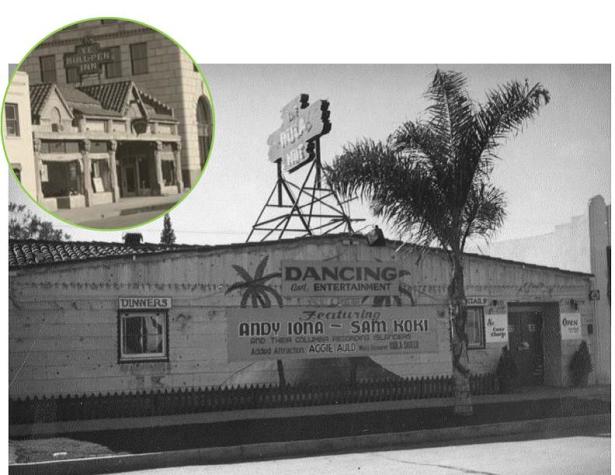 8204 Beverly Blvd. as the Hula Hut c. 1937. That looks suspiciously like the roof sign from the Hope St. Bull Pen. Even the roof tile could be the same. It may have well been salvaged, as 633 S. Hope was in the path of the Wilshire Blvd. extension into downtown in 1931. Hula Hut photo: LAPL.

In May 1939 the DeLong’s Ye Bull Pen Inn surfaced again at 422-424 N. Los Angeles St. near the newly opened Union Station, but it seems to have faded away again by the end of the year.