Located in a Spanish-style former residence, 8730 Sunset started out as the King’s Club. one of the early post-Prohibition nightspots that made up what soon came to be known as the “Sunset Strip.”

The King’s Club was popular with the movieland celebrity crowd, many of whom were present when it was raided by Sheriff’s vice squad deputies on May 13, 1934 for liquor violations. George Rangold was its asserted proprietor. In March 1935, the Kings was one of several prominent Hollywood clubs, including the Trocadero, to face hearings on the possible loss of their liquor licenses for disregarding the state 2a.m. closing law. Kings and the other prevailed but on September 1, 1935, patrons were both “alarmed and amused” when it was raided again by the sheriff’s men for selling booze after hours. Bruce Knox, the asserted owner, was arrested.

By May 1936 it had become Jane Jones’ Little Club, still popular with the film-crowd and still being raided on occasion. On September 2, 1939, sheriff’s deputies, wearing tuxedos to blend in with the well-dressed crowd of 50 patrons, slipped in quietly and arrested Jane Jones herself and co-owner Raymond P. Babcock for violating the 2 a.m. closing. 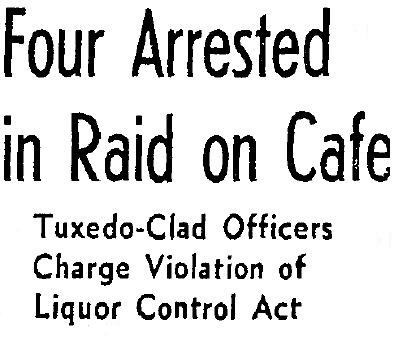 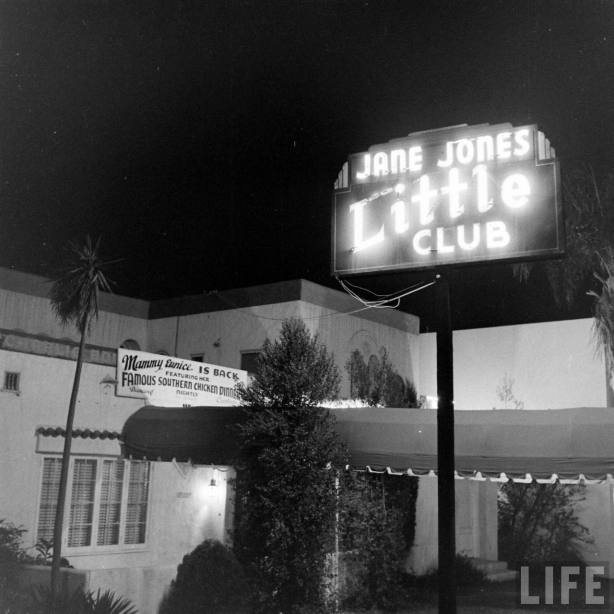 As of November 1941 it had become Club Marcel, operated by Los Angeles gambler Homer “Slim” Gordon, who previously ran gambling clubs on Sunset Strip and elsewhere (1). Sheriff’s deputies raided three prominent Strip nightspots, including Club Marcel, on November 27, 1941. While all were “jam-packed with members of the motion-picture colony, Hollywood café society and night-life characters,” only at the Marcel were the officers “forced to batter down the front door and struggle with drunken patrons and defiant employees.” One young woman named Nancy “swayed away from the bar to attack deputies and newspapermen with clawing fingers and well-aimed high kicks, displaying a shocking lack of ladylike manners and underwear.” 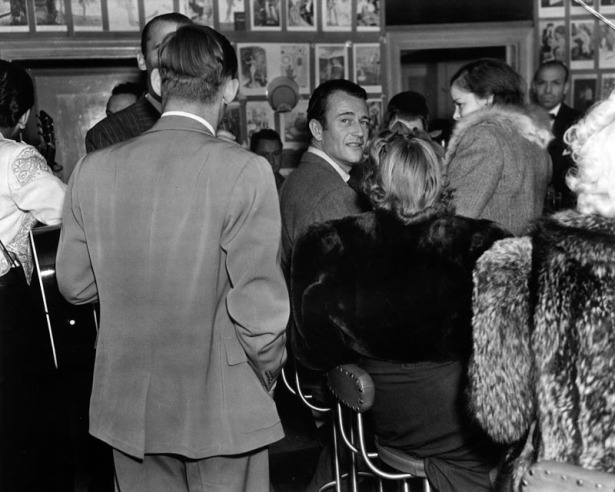 Fashionable and celebrity patrons of Club Marcel, 8730 Sunset Blvd, during an early morning raid November 27, 1941. Not only did officers have to break down the door, they were also confronted by combative drunken patrons. One young woman attacked deputies and newspapermen with “clawing fingers and well-aimed high kicks, displaying a shocking lack of ladylike manners and underwear.” LAPL (misdated September 27).

Club Marcel was again crowded with Hollywood celebrities when another raid occurred on February 23, 1942. Proprietor Slim Gordon was arrested for selling liquor after hours in violation of state law. Others at the club were charged on suspicion of gambling. Gordon was fined $250 by the Beverly Hills court and banned from entering the township except “on business.” 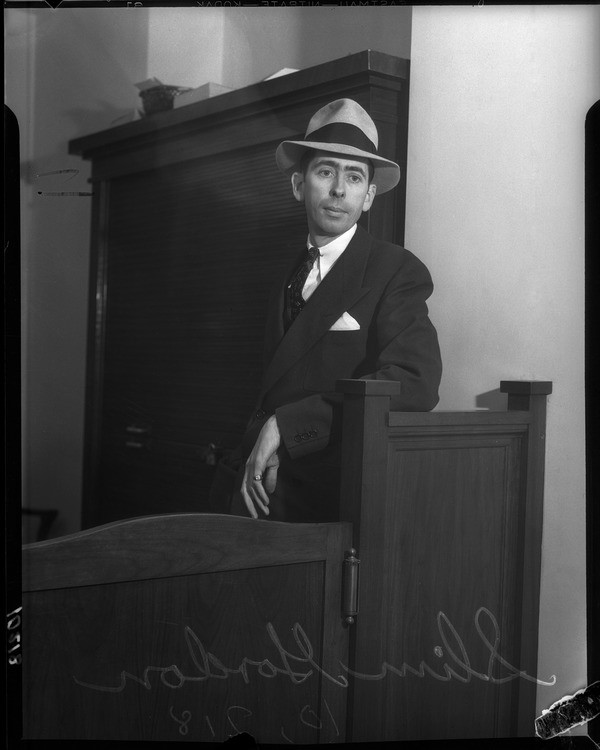 Things simmered down at 8730 after that. In 1961 the new Continental Bank building was constructed on the site.

(1) In 1929 Gordon and partners had briefly operated a gambling club in the former home of the late Wallace Ried, at 8300 Sunset Blvd. In 1930, he was running the Cortez Club at 8428 Sunset Blvd. with George “Les” Bruneman.