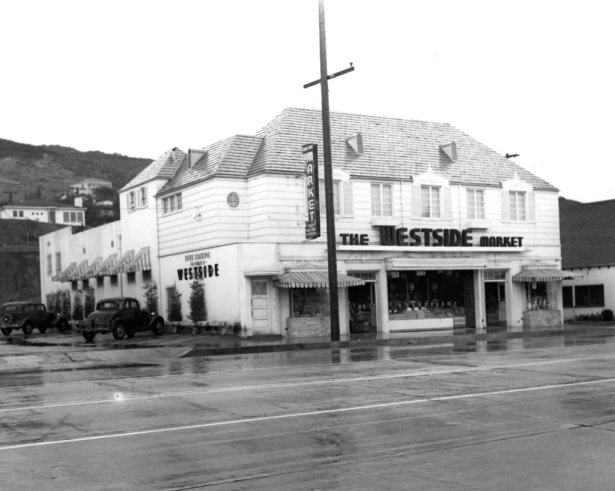 Building permits indicate this market was built c. 1933 on a large parcel. Note the open front with fruits and vegetables on display, a popular form of Southland market at the time, as seen at the Sun Fax Market, the A&P/Thrifty, and the Crescent Heights and Sunset Laurel markets. It continued to operate as a grocer’s into 1956. Thereafter it became a nightclub, The Largo, run by Chuck Landis (1). 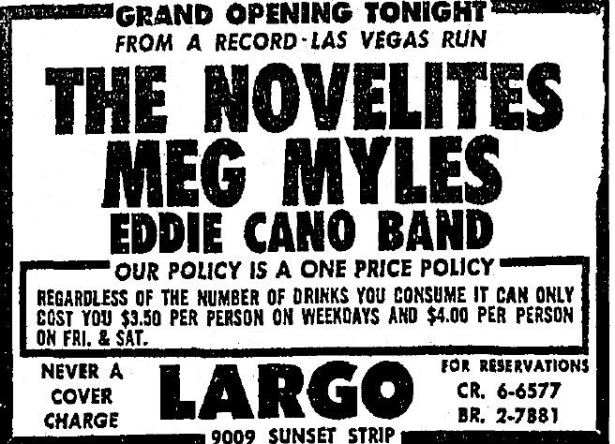 Ad for 9009 Sunset Blvd as The Largo, October 1957. Like many other Sunset Strip nightspots at this time, it was importing acts from the Las Vegas Strip rather than the other way around. 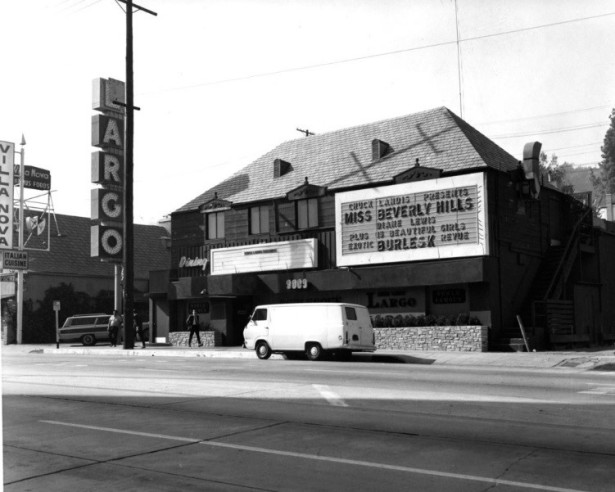 (1) Landis was affiliated with a number of Sunset Strip nightclubs prior to this, including The Trocadero (8610 Sunset).