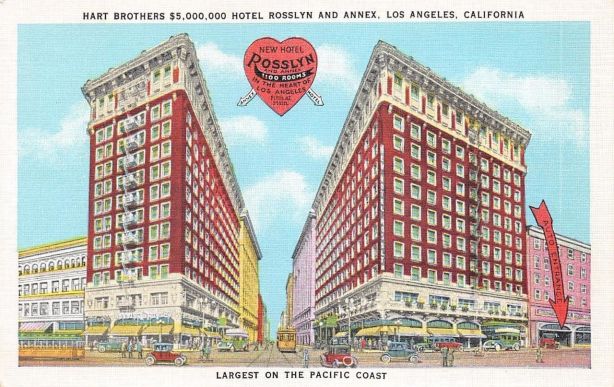 The Rosslyn Hotel “in the heart of Los Angeles” was a large tourist hotel consisting of two units- the main hotel and the annex on the northwest and southwest corners of Main and Fifth streets. My great-grandfather worked there as an electrician from 1914 to 1941.

The Rosslyn proprietors were brothers Dwight and George Hart. They got their start in the hotel business as teens, helping their father run the old Natick House hotel at Main & First streets. The boys took over its operation after their father died c. 1892.

They also opened the original Rosslyn at 443 S. Main St, converting two existing 1890s hotels. When the northwest corner of Fifth & Main came available in 1913, they jumped at the chance to expand the hotel. 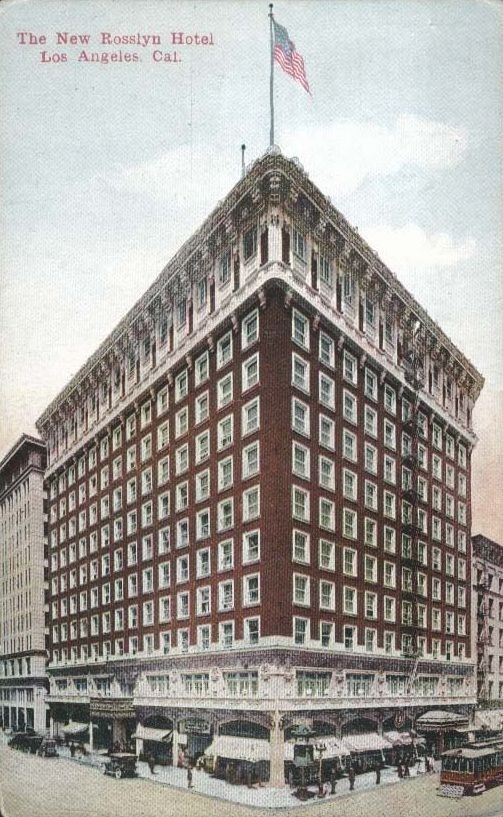 In 1923, knowing they would soon face competition from the new Biltmore Hotel rising a few blocks away at Fifth & Olive streets, the brothers had Parkinson design an annex, which was built on the southwest corner of Fifth and Main opposite the 1914 hotel. It opened on December 29, 1923. The annex had its own lobby and entrance but contained mostly guest rooms; the dining room and other amenities were in the main building. The two units were connected under Fifth St. by a 145-ft. marble-lined subway. 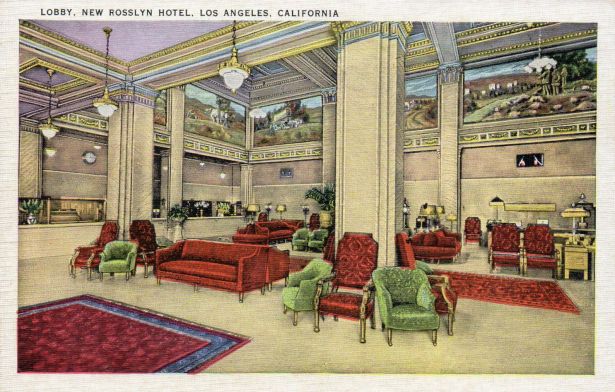 The auto entrance (shown with an arrow in the top image) was added in May 1927 to provide private access to the lobby off crowded Main St., by cutting through part of the original 1890s Rosslyn adjacent to the north. Both the 1890s hotel buildings, the auto entrance along with them, were demolished in 1954 for parking. 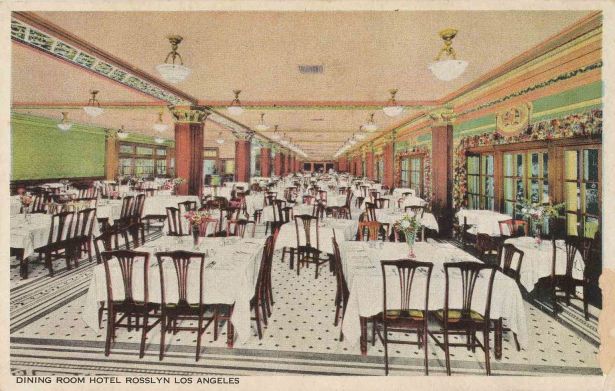 The Rosslyn Hotel’s second floor dining room was popular as long as the Hart Brothers ran it. The menu changed daily. This one was for November 26, 1926

Postcard postmarked 1926 but probably taken earlier, looking north on Main St. from Fifth. Two streetcars can be seen- a Pacific Electric “red car” and a yellow car of the Los Angeles Railway. The curious structure on the sidewalk is for directing streetcar traffic at this busy corner. 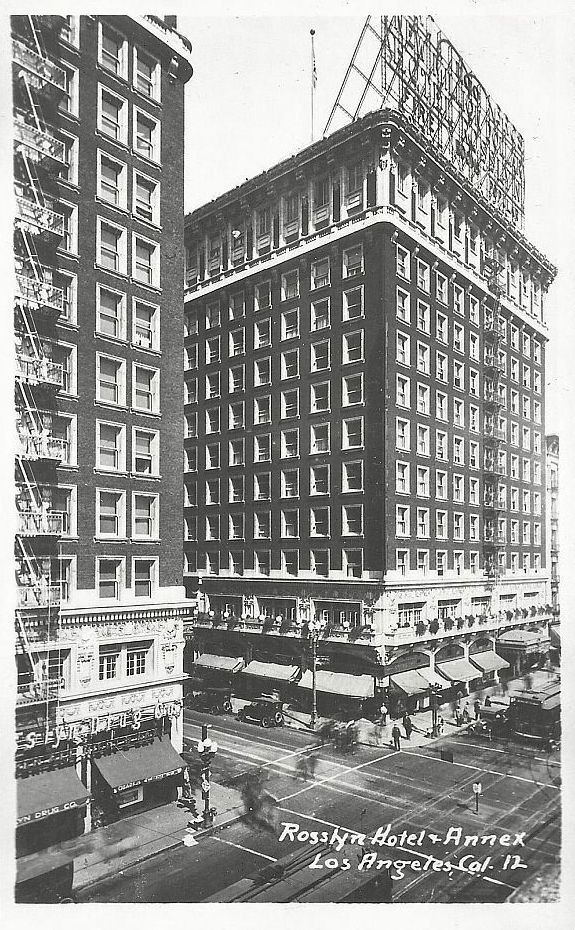 The rooftop signs have had neon added to them in recent years but were originally electric. One of my great-grandfather’s duties was keeping them lit.

Herbert Graham on the Rosslyn’s roof in the 1920s

The Rossyln Auto Stage (aka a bus) shown here at the nearby Santa Fe’s La Grande Station, met all trains. The Southern Pacific depot was likewise only a couple blocks away.

George Hart died in 1929. Dwight continued to operate the hotel solo. He died in May 1942, after which the Rosslyn was sold to a syndicate headed by hotel men Conrad Hilton and J.W. Drown. They kept the Rosslyn name until the hotel closed in 1959, however. The buildings reopened in 1979 as separate hotels, with the annex retaining the name Rosslyn; the 1914 building became The Frontier. It is now lofts residences.

6 thoughts on “The Rosslyn Hotel”