There were plenty of old timers in Los Angeles in 1926 who could still recall when mail to the east coast had to travel by ship around the Horn- a voyage that could take twelve to fourteen weeks. Things had improved a little since then but in the spring of 1926, airmail was about to bring New York closer to L.A. by 30 hours.

If you were in Los Angeles in early 1926 and needed to send a letter or other important document to New York, even the fastest trains couldn’t get it there in less than 90 hours.

But the wings of change had been set in motion by the Kelly Mail Act of 1925, which allowed private carriers to handle the USPS’s aerial mail routes. The recently incorporated Western Air Express, Inc. won the bid for the Los Angeles-Las Vegas-Salt Lake City contract. 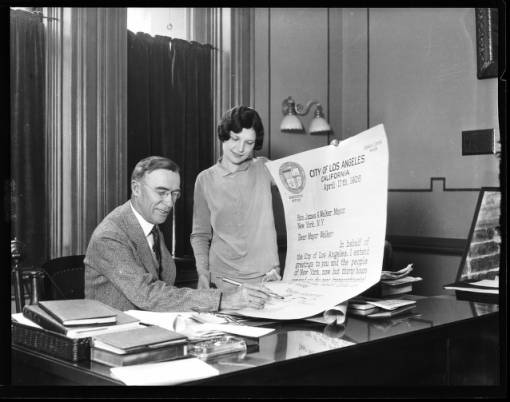 The first batch of mail from the east, all 200 pounds of it, arrived in Los Angeles that afternoon at 5:20pm, carried by pilot Charles “Jimmy” James. 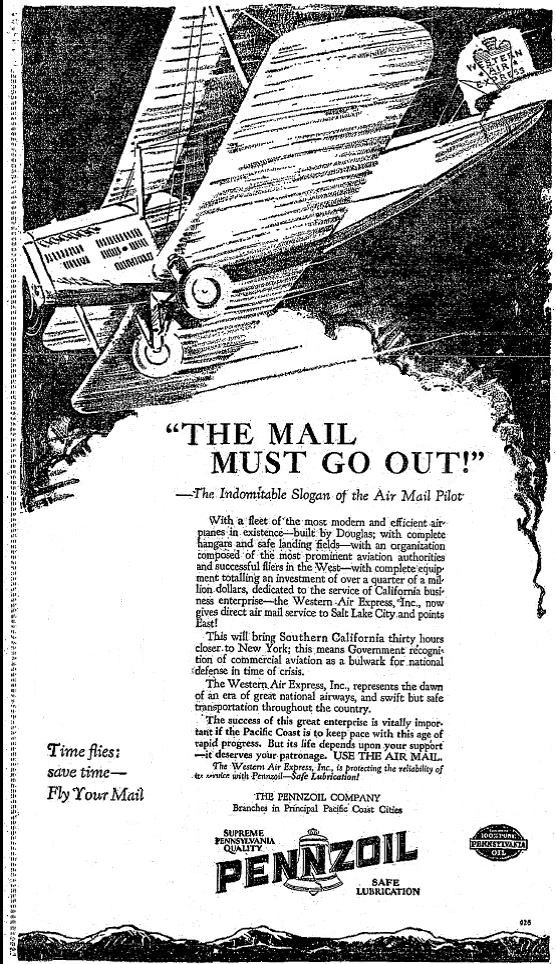 There was a human cost as well. Pilots often had to fly in dangerous conditions. Maurice Graham lost his life after his plane crashed in a snowstorm on January 10, 1930, less than four years after he made that initial run. His ashes were scattered along his air mail route.

One thought on “Airmail”