The beautiful twin sisters were originally from the east coast but like others before them they’d drifted west by the early ‘teens and ended up in Los Angeles. They were recruited by the US Navy during WWI and saw the world. But by the 1920s, having had a major facelift, the Los Angeles Steamship Co.’s Harvard and Yale were again plying the California coast, billed as the “floating playgrounds of the Pacific.” 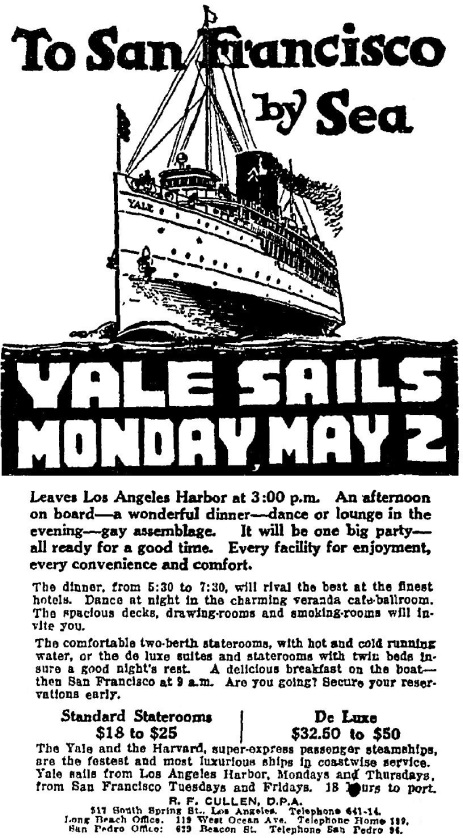 The decommissioned ships were purchased from the Navy by a newly-organized Los Angeles-based syndicate, soon to be known as the Los Angeles Steamship Co. (LASSCO) and brought back to L.A. harbor for retrofitting in July 1920.

The Yale was put back into service first, making the 18-hour overnight Los Angeles-to-San Francisco run once again beginning August 1921. One of her new features was an enclosed veranda café-ballroom that served light snacks by day; in the evening the ship’s orchestra provided music for dancing. She left L.A at 3pm, traveling north while passengers dined and danced, then retired to the staterooms (with hot and cold running water), and disembarked in San Francisco the next morning at 9:00 after a hearty breakfast aboard ship. For an added cost, you could bring your car along.

The retrofitted Harvard returned to service in August 1921 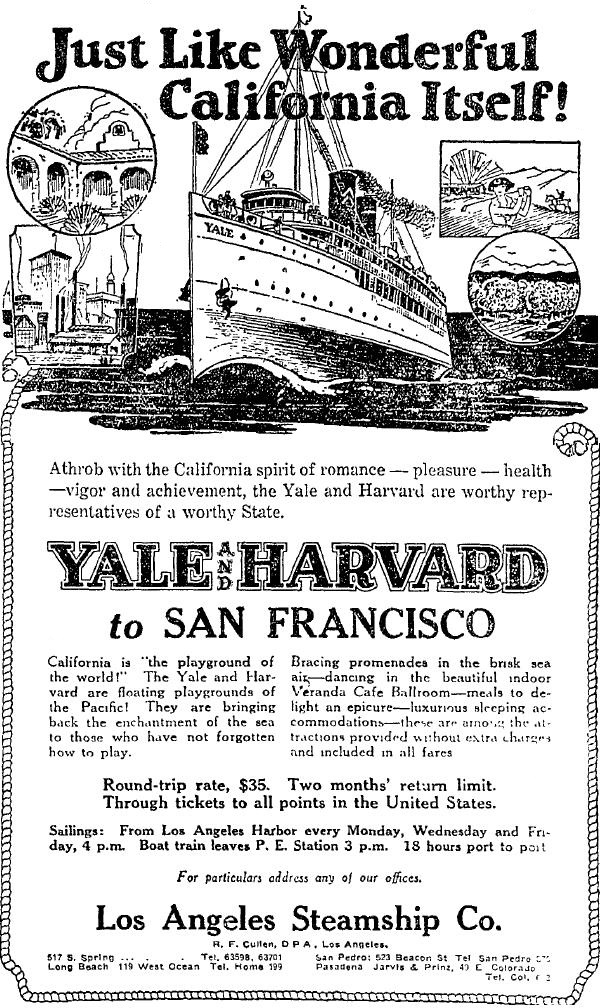 “Bringing back the enchantment of the sea to those who have not forgotten how to play.” A poignant reminder of the recent war. 3-5-1922 LA Times

Service to San Diego was added in June 1922. The southern trip took 5 hours. 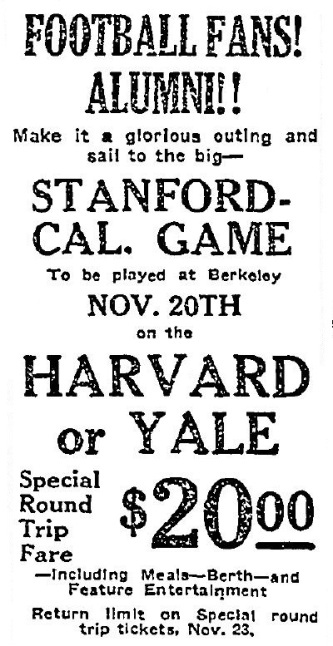 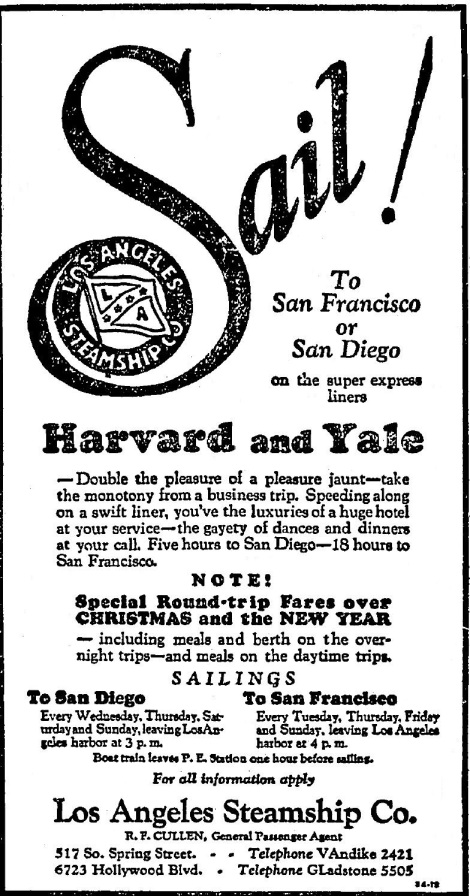 One thought on “The Los Angeles Steamship Co. Harvard & Yale”