A successful pioneer shoe wholesaler based in San Francisco, Williams had only lately begun to invest in Los Angeles real estate. His other downtown holdings included the Biltmore Hotel and the Subway Terminal Building.

When plans for the height-limit building were revealed in early 1923, the Sun Drug Co. was intended as its primary tenant. But construction delayed for some reason and meanwhile, Sun Drug was bought out by Owl Drug in February 1924. The building was finally nearing completion as of September 1926. The following month, Chester Williams passed away at his home in Oakland. 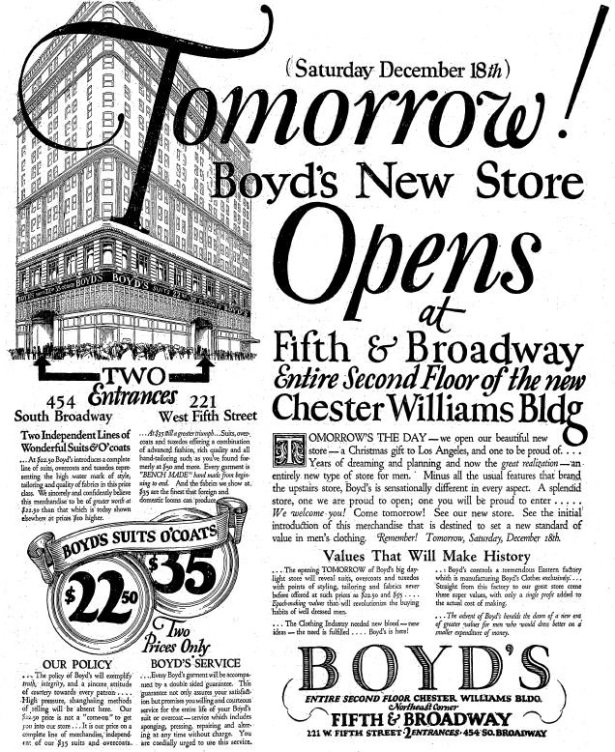 Boyd’s bargain menswear shop, occupying the entire second floor, was one of the first tenants, opening here December 18, 1926. It was noteworthy at the time for its “gigantic Neon sign,” which at 135ft. long, wrapping around the building’s curved corner, was “said to be the largest illuminated sign of its type in the world.”

Other tenants included a jeweler and a luggage retailer. The upper floors were leased as office spaces. Today they house loft apartments.

One thought on “The Chester Williams Building”