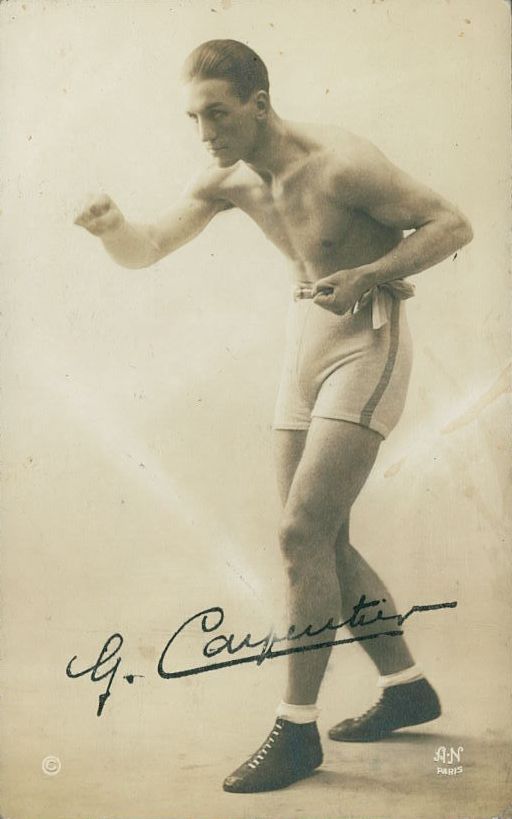 In July 1921 Georges Carpenter and Jack Dempsey made history in the “Battle of the Century” for the world heavyweight title in Jersey City, NJ. Images of Carpentier lying prone on the canvas flashed from coast-to-coast almost instantaneously via the new press photo wire service. Five years later, in July 1926, Los Angeles finally got a look at the Orchid Man in the flesh. 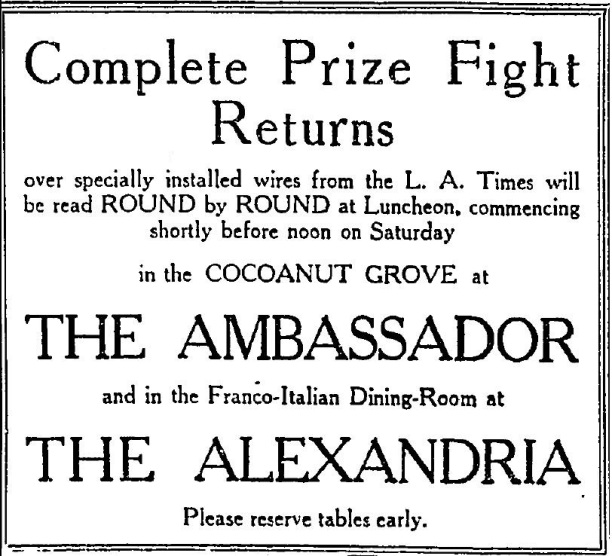 In 1921 there was no need to say which prize fight- anybody who cared knew it was Dempsey-Carpentier. While the 90,000-odd spectators sweated it out in New Jersey, Los Angeles fight fans could hear the results in comfort while enjoying luncheon at the Ambassador Hotel’s newly-opened Cocoanut Grove or the Franco-Italian Dining Room of the Alexandria downtown. The groundbreaking radio transmission didn’t extend didn’t extend to the west coast, but the returns were telegraphed ringside to L.A.

For those whose budgets didn’t stretch to a reserved table at the Cocoanut Grove or the Alex, The California Theater at 8th & Main was also relaying the returns.

Born in France in 1984, “Jorjay” grew up in Paris and began his professional boxing career as a teen in 1908. He served as an aviator during WWI, earning France’s top military honors. Though he failed to win the heavyweight title from Dempsey, he was the world light heavyweight champion 1920-1922. 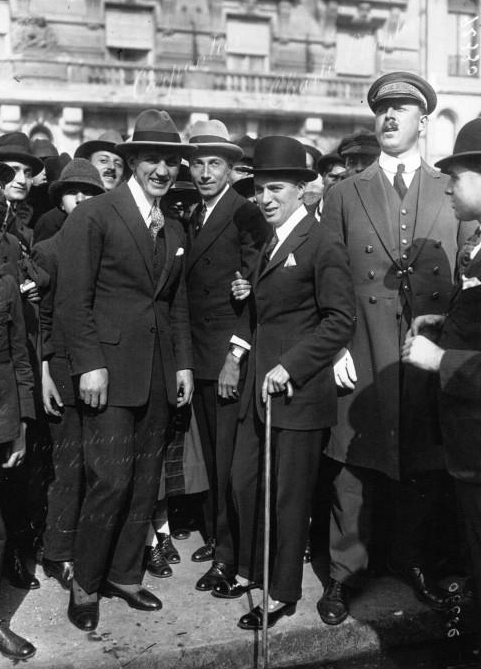 In July 1926, Carpentier traveled to the Angel City for the first time, accompanied by his wife and young daughter. He wasn’t here for a boxing match, though. He was appearing as a vaudeville act at the Pantages Theater for a week long engagement. 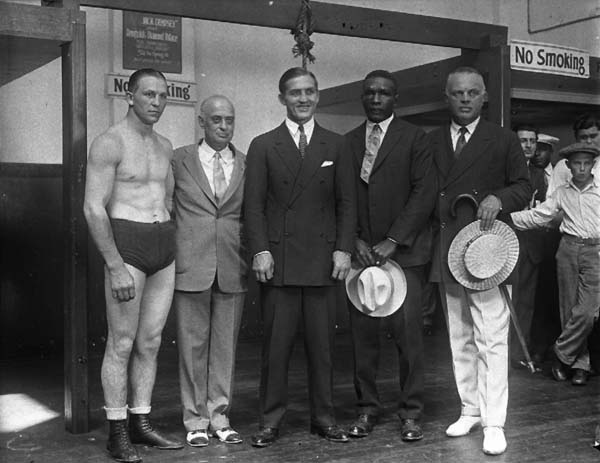 As with most visiting boxers, Carpentier made the obligatory gym visit, posing with fellow boxers “Sailor Eddie” Huffman and Tiger Flowers at the Manhattan Gym on Spring St., operated by Jack’s Dempsey’s brother Barney.

Eddie was a Los Angeles native; Flowers was the current middleweight champion of the world since his controversial win over Harry Greb in February. Huffman was challenging Flowers for the title on July 24, 1926 at the new Ascot Speedway.

Carpentier had himself recently faced Huffman, on May 22, 1926 at Madison Square Garden in what was billed in some quarters as “Frog vs. Gob.” It was meant to be a comeback for “Jorjay,” who hadn’t been in the ring since being knocked out and badly hurt by Gene Tunney in 1924. The referees were split in their decision so the fight was called a draw. George and Eddie were to have met again in Tijuana’s new boxing arena on July 4th, but Carpentier had to back out due to injury. Only too aware of Huffman’s punching power, he favored the sailor to win at Ascot, but Flowers kept his title, for a few more months anyway. 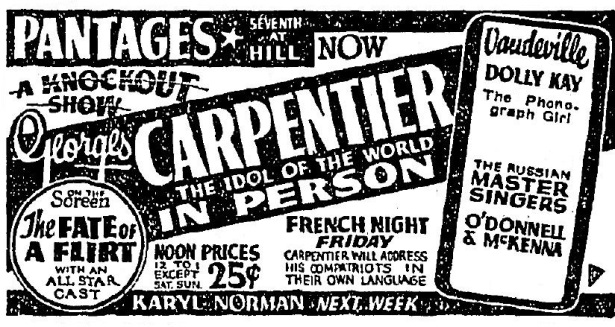 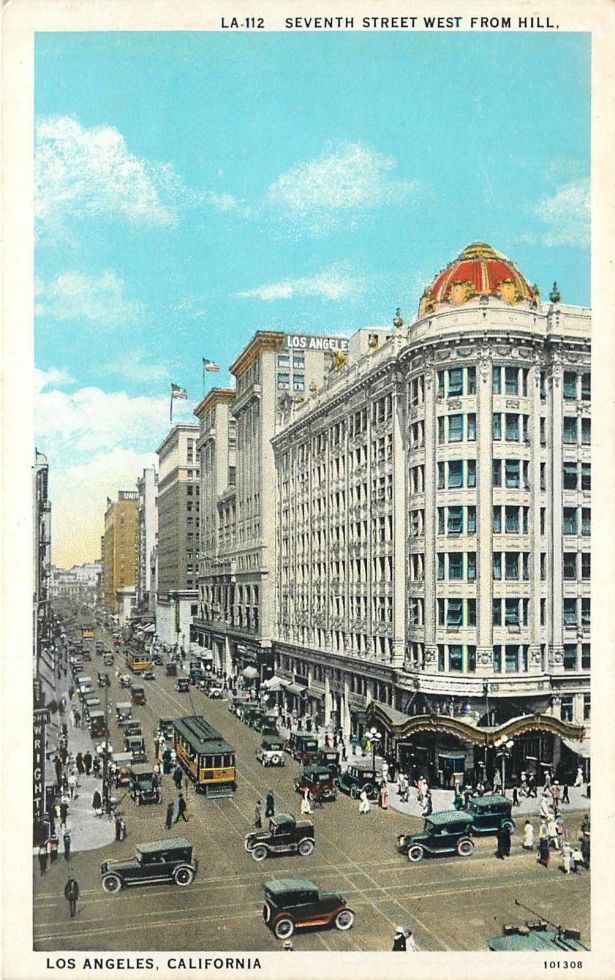 Pantages Theater at 7th & Hill streets. Built for Alexander Pantages in 1920, it became a Warner Brothers theater by the end of the 1920s.

Clad in purple tights, the Orchid Man’s act consisted of shadow boxing, a calisthenics demonstration and a 3-round boxing exhibition. He then stepped into the footlights and made a little speech in English and, on Friday’s “French Night,” in his native French. 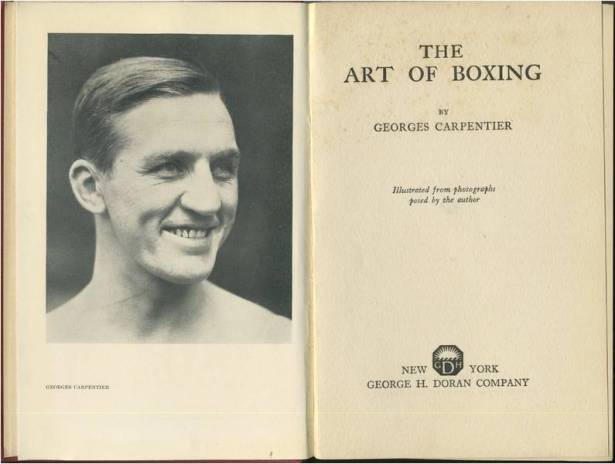 Carpentier also used part of his long layoff to write a book, The Art of Boxing, geared toward the young boxer. It was available in California bookstores that summer.

In September 1926, Dempsey lost his title to Gene Tunney and Carpentier hung up his gloves.

He became an actor, wrote more books and ran a restaurant in France, where he died in 1975.