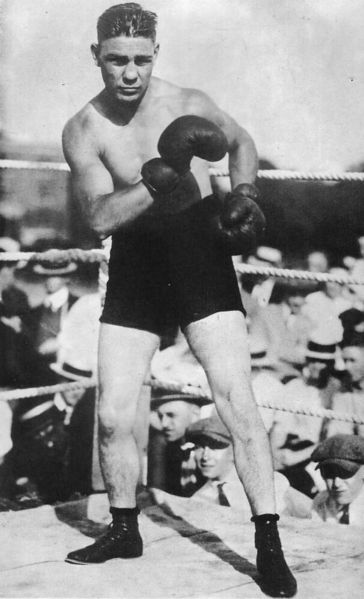 A professional boxer since 1913 and veteran of nearly 300 ring battles, the reigning middleweight champion of the world was famous for his aggressive fighting style, unorthodox training methods, and fast-paced lifestyle out of the ring. Los Angeles fight fans got to see The Pittsburg Windmill, Harry Greb, in action in early 1926 when he came west to meet Ted Morgan at Jack Doyle’s Vernon Coliseum. Before becoming middleweight champion Greb had held the American Lightweight title from 1922 to 1923, after beating Gene Tunney for it. He’d won the World Middleweight title in August 1923. In July of 1925 Mickey Walker had tried to take it away from him at the Polo Grounds in New York. People were still talking about their brawl- not the one in the ring, but the one in the alley behind the Silver Slipper afterward. 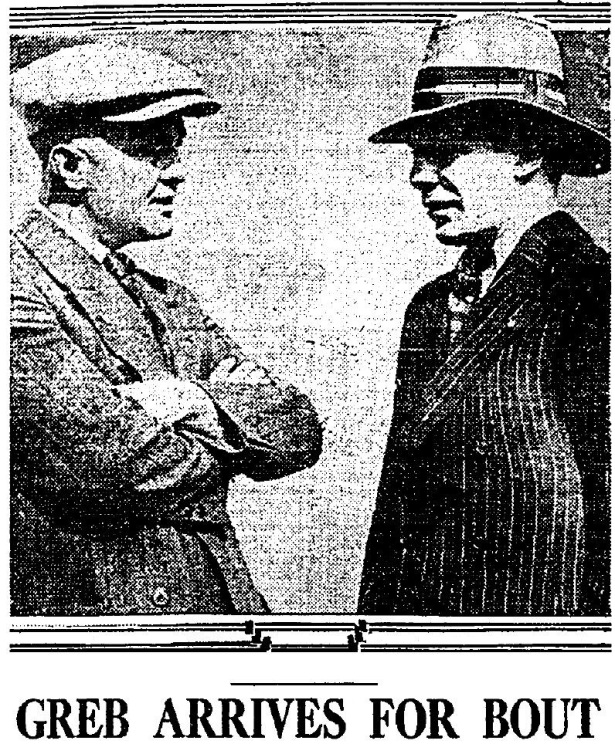 Illinois Thunderbolt meets Pittsburgh Windmill. Billy Papke (left) won the world middleweight title from Stanley Ketchell in 1908. Having settled in Los Angeles after his retirement from the ring, he was among those on hand to greet Greb at the station.

Reporters swarmed the champion at Los Angeles’ Southern Pacific’s Central Depot when he arrived, dressed to the nines, with and manager Red Mason on January 22, 1926. Mostly, they wanted to know how he stayed in such good shape. “Oh that’s easy,” the champ replied. “I do road work every morning and do all my boxing in the ring.” Harry wanted to know where he could rent a “drive yourself” automobile, noting that he planned to see as much of California as possible during his stay. (LA Times 1-23-1926) 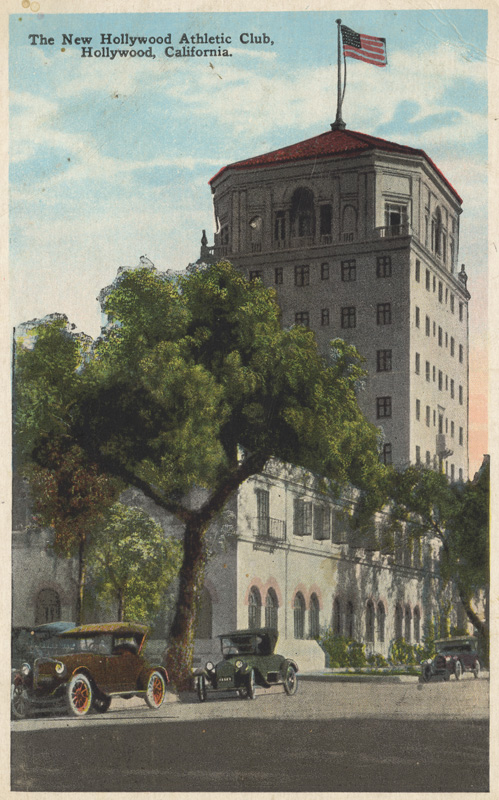 The Hollywood Athletic Club on Sunset Blvd. opened in 1924.

While in Los Angeles, Greb enjoyed the hospitality of the Hollywood Athletic Club. There were reports of his being seen in local nightspots until the wee hours the eve of the fight. Nevertheless, Red insisted, Harry would be up at 7am to do his regular morning jog or play a game of handball. 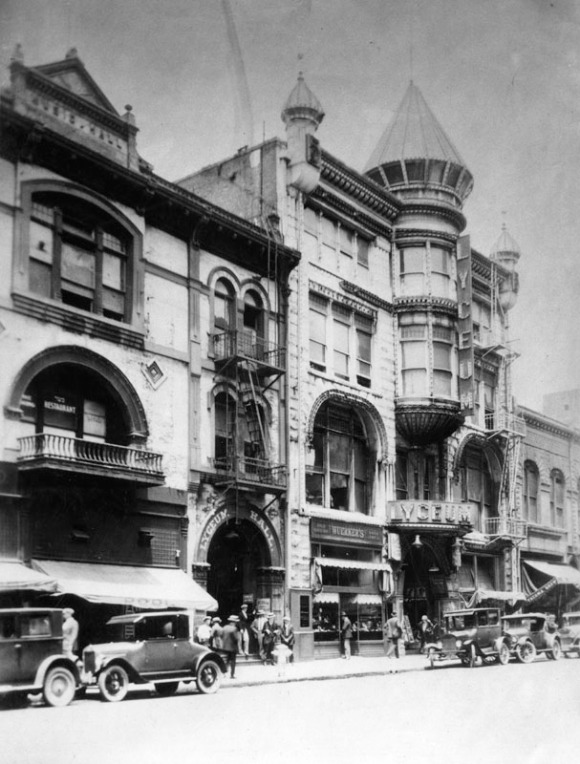 On January 25, Greb made an uncharacteristic visit to Tommy McFarland’s gym in the Lyceum Hall, not because he thought he needed the workout, but because it would mean some much-needed extra income for McFarland, who could charge spectators a nominal fee to witness the rare sight of Harry Greb inside a gym.

Even the biggest critics of Harry’s training style couldn’t deny he got results. Ted Morgan managed to go the full 10 rounds when he and Greb met that Tuesday night, January 26, but Greb easily won the decision.

Two nights later he was back in the ring- at Hollywood Legion this time, against Buck Holley. The match required special permission from the Boxing Commission, as the state’s newly-established rules prohibited main-eventers from fighting more than once a week. So, how did Harry do in that one? 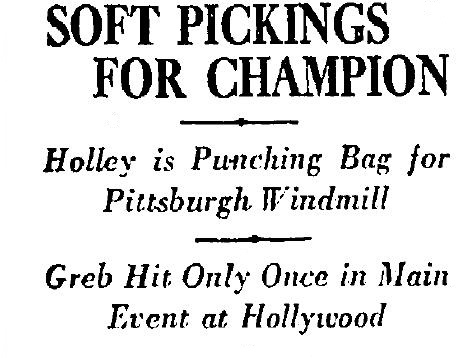 A couple days later Harry said goodbye to the Angel City, but told reporters he wanted to return and make Los Angeles his home. Back east at New York’s Madison Square Garden on February 26, he lost the title to Tiger Flowers. The decision stunned some spectators, who felt that Greb was robbed. After again losing to Flowers in August in another controversial decision, the Pittsburgh Windmill retired from boxing.

Then, suddenly Harry was dead. The 32-year old died October 22, 1926 shortly after undergoing an operation to remove some fractured bones from his nose. The official cause of death was cardiac arrest and shock but many in the business blamed it on hard living- “the pace that killed.” Whatever the case, before the year was out Tiger Flowers, the “Georgia Deacon” lost the title to the great Mickey Walker, Greb’s one-time rival, whose fast-pacing lifestyle and unconventional training style had often been compared to Greb’s. 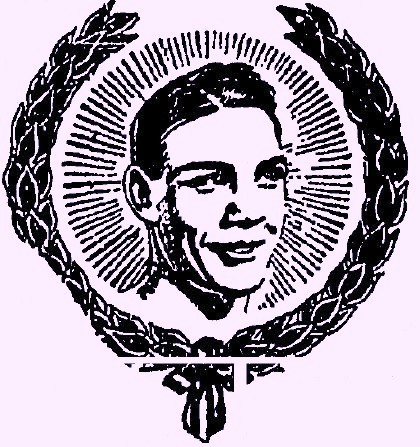 One thought on “Harry Greb in Hollywood”