Located in the San Gabriel Mountains near the foothill communities of Altadena and Pasadena, the Mt. Wilson resort was an easy day trip by automobile from Los Angeles. It was also home to the Mt. Wilson observatory, with its 100-inch Hooker telescope, the largest in the world. 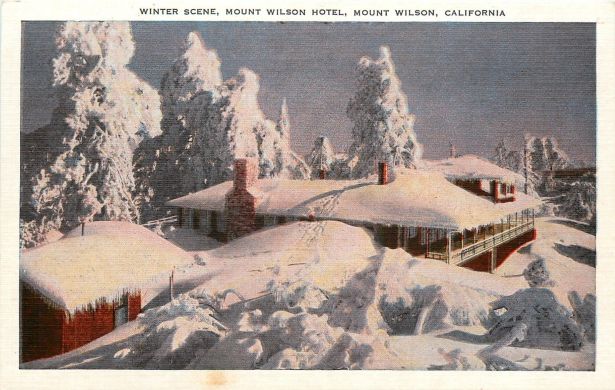 The resort had been built in 1913, replacing an earlier one that burned down. Consisting of a main lodge building with dining room facilities, surrounded by individual private cabins, it was open year ’round, even (or perhaps especially) in snow conditions. 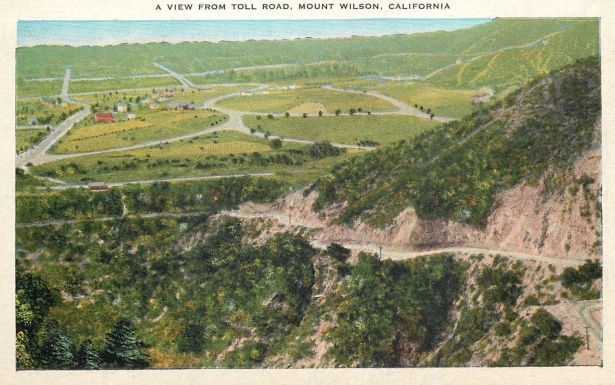 Roads from Altadena, 9 miles away, had been built to transport the telescopes the mountain starting after 1905; afterward they accommodated automobiles. Pasadena was about 12 miles away via the Mt. Wilson Toll Road. The hotel’s auto-stage (bus) made the trip daily 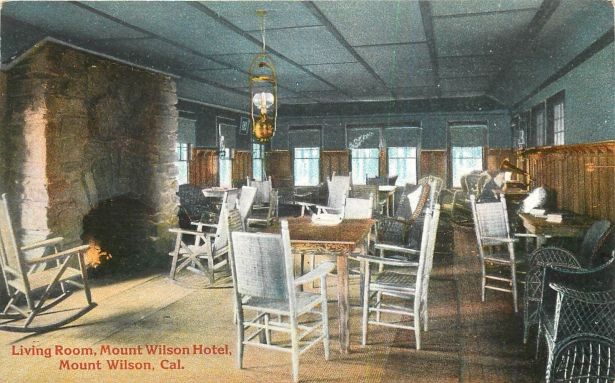 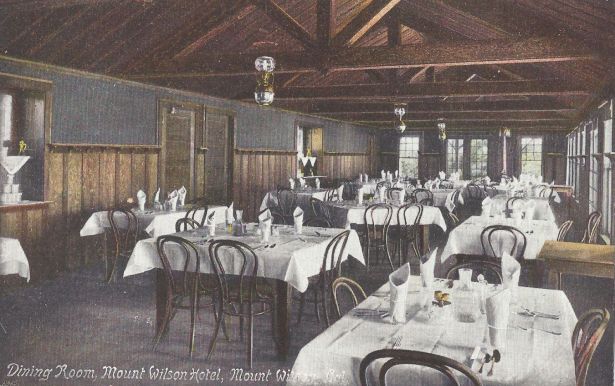 B.H. Dyas was located on the southeast corner of Seventh & Olive, across from the L.A. Athletic Club. Dyas had bought out the Ville De Paris store in 1919. In turn, The Broadway department store would buy out Dyas in 1932. 12-16-1926 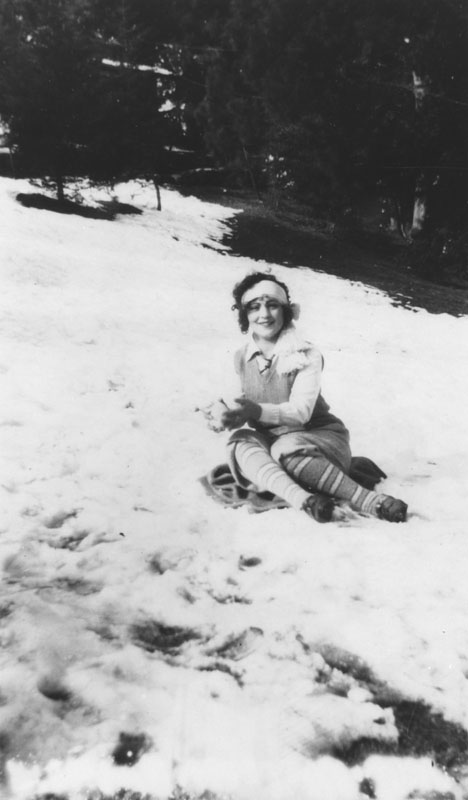 Los Angeles loved to play in snow that it didn’t have to shovel. 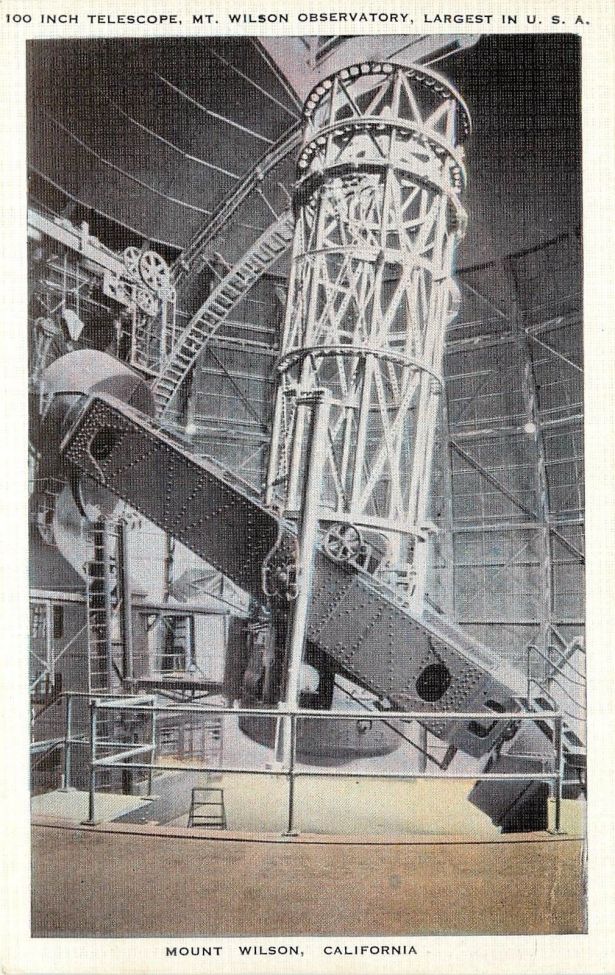 The Hooker 100-inch telescope was installed in 1917. New scientific theories and discoveries were being tested or proven all the time in the 1920s using data from the Hooker telescope. It remained the largest in the world until 1948. If hotel visitors wrote in advance to request it, they could look through the telescope on Friday nights.

One thought on “Mt. Wilson Resort”